Property Development: Whether refusal of consent to a development on aesthetic grounds was reasonable (Hicks v 89 Holland Park Management Ltd - 2021)

The High Court considers whether a landowner’s refusal to grant consent to a development on aesthetic grounds was reasonable.

In Hicks v 89 Holland Park Management Ltd [2021], a developer proposed to develop a contemporary residential building on an overgrown piece of land adjacent to 89 Holland Park, a large period property. The subject land had previously been owned by 89 Holland Park, and the developer was required to obtain the consent of 89HP to her development plans for the site.

Initial plans for an above-ground building were rejected by 89HP as well as the local planning authority, and she subsequently revised her plans to feature a very contemporary property which was largely subterranean. Again, 89HP rejected the plans, although the local planning authority did eventually grant consent. At first instance, the judge found the refusal to grant consent unreasonable as the proposed plans did not affect 89HP’s interests in the property. 89HP appealed, arguing that its refusal to grant consent considered the interests of its lessees. This appeal was allowed and remitted to the High Court.

The High Court found that 89HP’s refusal to grant consent was reasonable, whilst also finding that its proposals as to a route to move the matter forward were unrealistic. The decision was not a finite ruling, and required further negotiation between the parties to agree a way forward.

89HP had anticipated an above-ground structure which was in keeping with the period style of 89 Holland Park, but the Court found that this was not realistic given that planning permission for a similar development had been rejected. The subterranean development was then proposed by the developer, with three alternatives supplied. The Court held that this ‘important concession’ meant the developer accepted that other designs also stood a chance of planning success, and she also acknowledged that the planning permission permitted a smaller and less disruptive development without requiring a further application, therefore giving the parties some options to consider and discuss. This concession indicated an intention to cooperate with 89HP, which the Court did not feel was reciprocated.

89HP had accepted that the subterranean development was a viable and realistic route forward, and the decision also required some compromise from the developer on the size of the proposed development. Ultimately, the way out of litigation on what had become a prolonged issue relating to the developer’s proposals was suggested to be through practical discussion and cooperation between the parties.

From a legal point of view, the decision is noteworthy in its acceptance of a refusal of consent to a development on aesthetic grounds. Although subjective, evidence was nevertheless considered and accepted.

The further key theme of this decision is the need for parties to assume responsibility for negotiation of terms between themselves. Litigation in this case has been in the courts for 10 years, having progressed through multiple first instance hearings and a Court of Appeal decision previously. The High Court here, although finding in favour of 89HP on the issues in front of it, placed the onus on the parties to cooperate in order to conclude the matter satisfactorily. Litigation in situations such as this will always be limited, and effective discussion and mediation will often prove to be far more efficient.

89HP’s refusal to grant consent was reasonable, but its proposals as to a route forward were unrealistic. The High Court’s decision was not finite, and required further negotiation between the parties to agree a way forward. 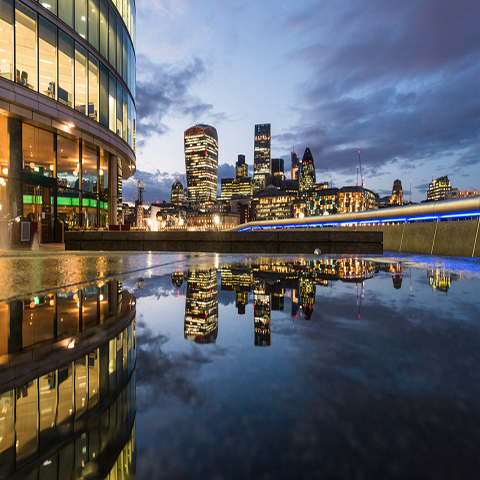