The Upper Tribunal (Lands Chamber) had previously ruled in those cases that an RTM Company could acquire the management of more than one set of premises.

The Right to Manage

The provisions of the Commonhold and Leasehold Reform Act 2002 (“CLRA 2002”) gave the long leaseholders of flats in a building the right to establish an RTM Company which could then take over the management functions relating to that building.

Section 72 of CLRA 2002 provides the definition of the “premises” to which the right to manage applies i.e. “a self-contained building or part of a building”.

Section 73 of CLRA 2002 specifies what an RTM Company is i.e. “ a private company limited by guarantee , and its articles of association state that its object, or one of its objects, is the acquisition and exercise of the right to manage the premises”.

Section 74 of CLRA 2002 confirms which persons are entitled to be members of an RTM Company which include “qualifying tenants of flats contained in the premises”.

The RTM Companies (Model Articles) (England) Regulations 2009, S.I. 2009/2767 (“the Regulations”) set out the required form of an RTM’s articles of association and confirm that a person cannot be a member of the RTM unless they are a “qualifying tenant of a flat contained in the premises”.

The Court of Appeal disagreed with the Upper Tribunal (Lands Chamber) decision and confirmed that the right to manage only applied to one set of premises.

The CLRA 2002, construed as a whole and in context, necessarily points to the conclusion that the words “the premises” are therefore, as section 72 of CLRA 2002 states, a self-contained building or part of a building. The right to manage therefore only applies to a single block or self-contained part of a block and not to a number of blocks whether located in one location or various geographical locations.

Their reasoning was based on the following:

3. The Regulations are wholly inconsistent with the notion that an RTM Company can acquire the management in relation to different sets of premises whether they are blocks on the same estate or blocks in different geographical locations.

4. To help interpret the statute the Court of Appeal referred to the consultation paper and debates on CLRA 2002 in Parliament as reported in Hansard. The consultation paper on the original draft bill demonstrated that the right to manage was intended to apply to a single block.

In the House of Lords a specific amendment to the bill to provide that an RTM Company could acquire the right to manage more than one block was debated. The report of the debate confirmed that it was the Government’s intention that the right was only to apply to one block and if the right were to be amended so that it would apply to multiple blocks then it would require a much more complex amendment than that proposed at that time.

This is an important decision from the Court of Appeal. Their interpretation of ‘premises’ under CLRA 2002 makes it clear how right to manage claims relating to estates where there are a number of blocks should be dealt with going forward.

Is the Ministry of Housing’s Latest Announcement Regarding Leasehold Reform Actually Harming Leaseholders (At Least in the Short Term)? 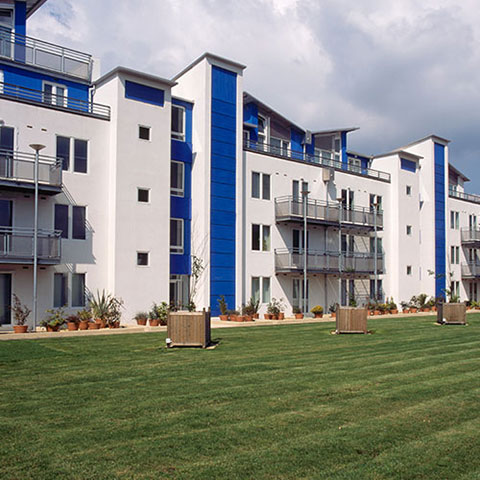 Right to Manage: Whether an appellant had been given fair opportunity to respond to an RTM application where documents were supplied late (Assethold Ltd v 63 Holmes Road (London) RTM Co Ltd - 2020)